I am a big fan of the CountVectorizer class in scikit-learn [1]. With a robust and easy interface that produces (sparse!) matrices, what’s not to love? Well, it’s… pretty… slow…

The performance is okay for 10s of MB of text, but GBs take minutes or more. It terms out that CountVectorizer is implemented in pure Python. The functions are single threaded too. It seems like low-hanging fruit. Just whip up some parallel C++, right? Well, not quite, but I’m getting ahead of myself.

A basic approach to the problem is to create a regular expression tokenizer, iterate over the terms, and use a map to count occurrences. My original approach used std::regex_iterator to tokenize the document. Much to my surprise, re in Python is much faster than std::regex_iterator. What?! Just parsing the text with a regex_iterator was slower than the entire fit_transform operation from sklearn. 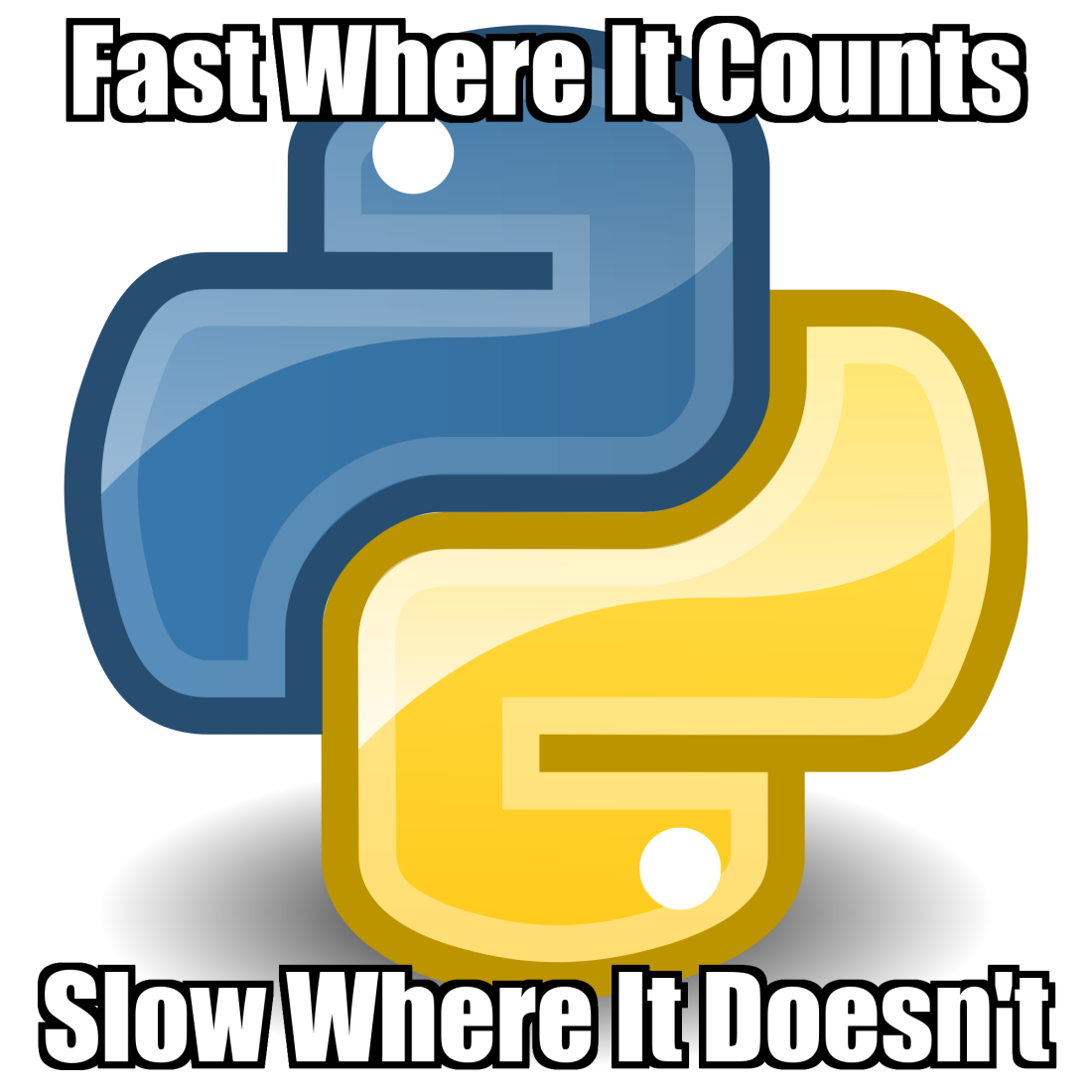 Python: Fast where it counts. Slow where it doesn’t.

Instead of admitting defeat, I (stubbornly) implemented a small finite state machine (FSM) parser for the default regex pattern in sklearn: \w\w+. Now, just parsing the text was around 10 times faster than fit_transform. Onto the hard part.

The problem has a few wrinkles that make it challenging. Unique terms need to be mapped to unique indices. Right away this makes some synchronization necessary. Parsing through text with the FSM is an

operation. Most of the work involves obtaining an index for each term. This is map lookup. Since all threads need to use this map to lookup and update it is a highly contentious resource. Indeed, a naïve multi-threaded approach is doomed to be much slower than a single threaded one.

To reduce contention, two tools can be used: reader/writer locks and multiple maps/locks. The principal of the first is that lookups can be done in parallel; exclusive access is only needed when updating the map. There is a class std::shared_mutex which does just this. This was, again, slower than a trivial implementation using std:mutex. What?! And again, instead of admitting defeat, I (stubbornly) implemented a basic reader/write lock using std::mutex and std::atomic.

The principal of the second is to use multiple maps and locks and use a secondary mapping strategy to uniquely assign terms to maps. The strategy used is:

Since a word is always assigned to the same map, it is guaranteed to only be in one place. To make sure the index is unique, each map maintains its own counter

and the final index is:

is the term index for the map,

is the number of bits in the binary representation of NUM_MAPS, and

is the index of the map. In this way, terms are uniquely assigned to maps. When producing the final matrix, the above equation is undone so that the optimal number of columns is constructed. If this is not done, the number of columns in the matrix is inflated by a factor of

The main body of the loop is shown in the following code block. The index of the map and lock are computed in the same function that performs tokenization: Sit.NextP. With the map and lock identified, the rest is using a reader/writer lock to obtain/update the index.

Some care is needed since C++ doesn’t have a built in upgradable reader/writer lock. There is a race condition between ReadUnlock and WriteLock. If another thread reached WriteLock before the current and went to update the index for the same term, then the index might become off by one. A rare situation, but possible nonetheless. The condition is handled by using emplace instead of something like this:

The race condition still exists, but at worst it results in a wasted emplace operation.

I use the mingw-w64 toolchain to build most C++ on my (Windows) system (it works great for CGo!) [2]. I decided to compile the result as a DLL and then call the exported functions in Python using ctypes. The interface for the DLL shown in the following code block. The extern “C” prevents name mangling making it easier to reference the function in Python.

The following script is a batch script to compile the DLL. Oh yeah, I’m calling the library TVLib for Text Vectorization Library.

Now comes the fun part of figuring out how to pass managed Python objects into native C++. The ctypes library provides functions for loading DLLs and creating C data types. The tricky part is figuring out what the raw memory looks like so that it can be used properly in C++.

It turns out that a numpy array of strings is a 2D (conceptually) block of memory. Each row has a fixed length determined by the longest string in the array. The datatype, something like |S22, indicates a string array with 22 columns. Not quite as convenient as a char**, but a little pointer magic can fix that. Instead of Array[i][j], Array + i * NUM_COL + j is used.

The above code block, gives the Python wrapper for the DLL. The remainder is just construction a scipy.sparse.coo_matrix from the result of the C++ function.

My benchmark for the program was the sentences from the Stanford NLP dataset: a collection of sentences and their corresponding audio [3]. The audio was not used; it was just what I had on hand in a nice format. The text document is ~ 28.7MB. Table 1 shows the results on my system: a dual Intel Xeon X5675 @ 3.07 GHz.

On this benchmark, TVLib is

times faster than sklearn. Granted, the library comes with a few caveats as of this writing (I will hopefully fix these things):

Number 3 can be fixed by explicitly specifying the datatype when creating the original numpy array to be 1 character longer than the string with the longest length. Only the longest string is missing a null.

This project caused me to reconsider the reputation C++ has for being so performant. The fundamentals are fast, but many of the day-to-day data structures in the standard library come at a heavy cost. The language is also starting to remind me of Frankenstein. Nonetheless, the result is an order of magnitude faster than the sklearn. The full source code is on my GitHub [4]. Enjoy and please make pull requests.